One of our club members recently requested me to take a look at a Kenwood TM-241 he bought a couple of years ago, but never used it. He plans to use it just for some monitoring of a couple of frequencies for local traffic.

In any case, RX is just fine, however, when clicking the PTT-button, nothing happens. No TX.

These transceivers are known to be – let’s say – “difficult” when it comes to the PA stage. They use a monolithic module which houses the complete PA. They tend to fail.

Upon inspection, someone had already been in there, and there was cooling paste between the heatsink and the module. The PA wasn’t dead either. It just wasn’t TX’ing. I remembered that the OM said that he tested the mic on another Kenwood transceiver, and it was working fine.

Could there be an issue in the front panel? I disassembled it a bit more, and yep, there’s the issue.

Kenwood used some kind of glue to tack down SMD components before soldering (I suppose they used wave soldering, hence tacking components down). Nothing wrong with that actually, however, the glue they used, absorbs moisture with time. This in turn, turns it acidic. 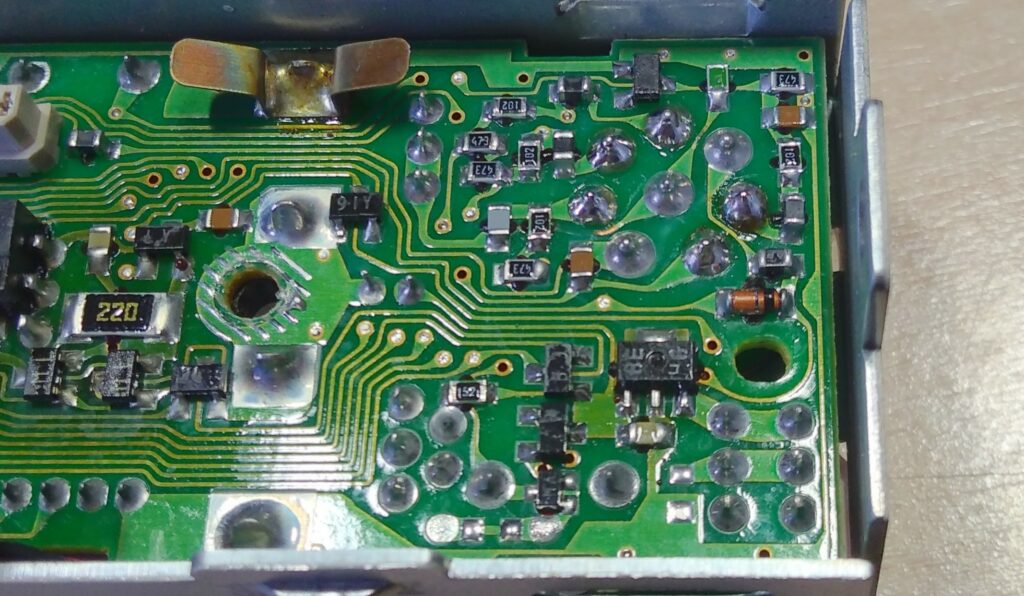 The trace damage can be seen in the middle – follow the trace of the center pin of the connector down, and you’ll see it. The part of the trace that goes up was also starting to go bad.

The ground trace for the mic was completely eaten away. After recreating the traces with some enameled wire, everything was fine again. Happy days. 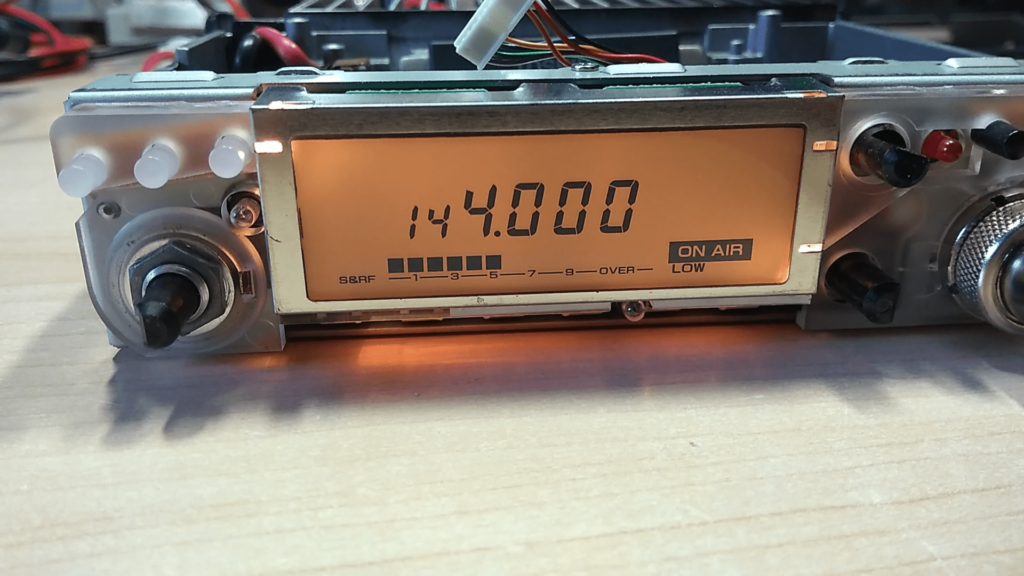