So I acquired a SEA 1612C remote ATU for cheap, but without an enclosure. I figured I’d buy my own enclosure anyway, so no big deal.

As I didn’t want to use any remote cable at all, I had a little challenge:

So what is a bias tee? It’s actually no more than a handful of components: a couple capacitors, some ferrite to make a choke, and some nuts, bolts, sockets.. and a fuse. You double up these components to make one for the other side as well. 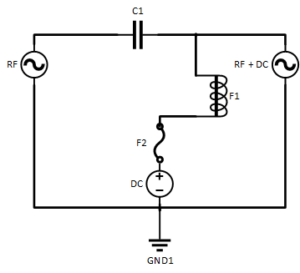 So how does it work? Well – RF in to the left – the capacitor blocks any DC; the choke blocks any RF going back into the DC supply. Build the same thing twice, and you can run DC over the same coax. Easy, nice, elegant. Great!

Alright, that’s one solution. Now we need to be able to “tune on demand”. There’s a pin called “DTN” on the connector block of the SEA 1612c – “Demand Tune”. The thing is:

Simple solution: slap on an Arduino which pulls DTN down, only once, after being powered on 3 seconds. Just an NPN and an Arduino, collector to DTN; gate to the Arduino output pin and emitter to ground.

I piggybacked the Arduino on the 5V regulator on the board (7805 regulator) so in terms of power: no issue.

To force a re-tune, I press a normal-close momentary switch which breaks power to the tuner. Upon release power is fed back to the tuner. I press PTT which recalls the previous setting. After 3 seconds, the Arduino pulls the DTN line low, causing the tuner to clear the memory setting. I can then put some RF on the tuner and it’ll force re-tune for that frequency.

I found a nice enclosure for the tuner at Arli24.de, a German web store. The enclosure is IP65 rated, well priced, has a window, and comes with all locks and mounting hardware. 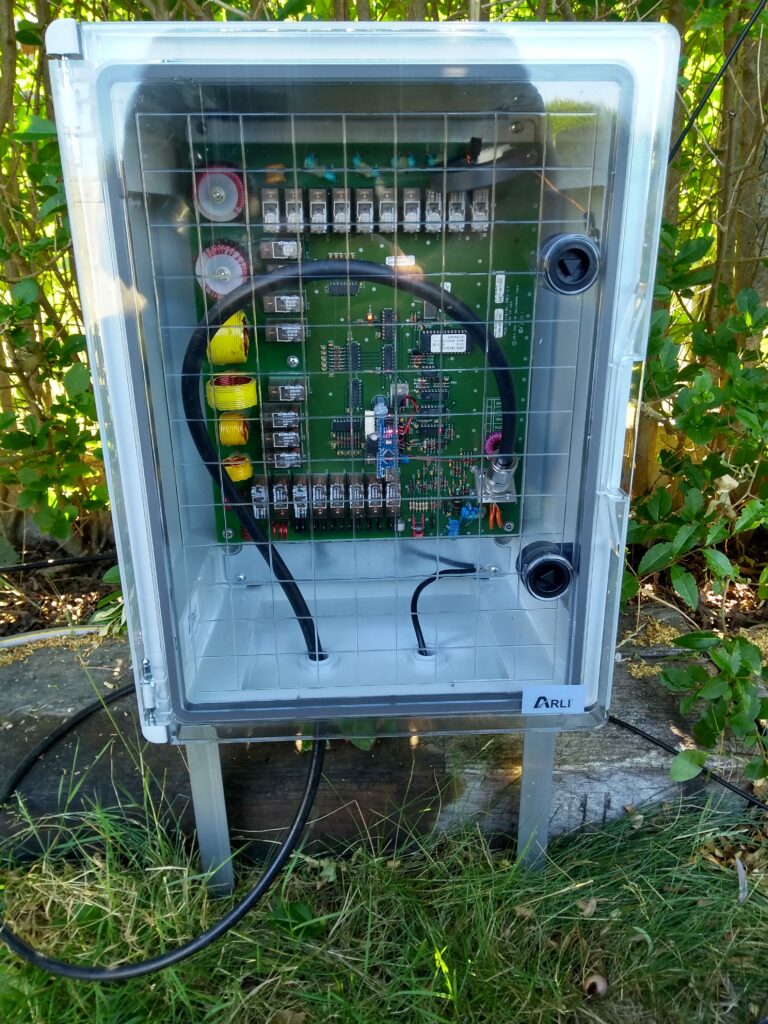 I was recently gifted a SDRPlay RSP1 (thanks again ON3HVP!) and have wanted to install an RF-tap for a long time in my FT-450.

Now, there’s a couple of ways you can do this:

In our case, we’ll tap at the RX circuitry. It doesn’t see any TX power, so it’s all safe. There’s one caveat: you can’t just solder an extra wire and be done with it. If you connect an extra cable and receiver; you’ll load this stage down, causing your receiver to be less sensitive. Not something we want on HF!

Enter a great little board by G4HUP (who is sadly an SK at the time of writing…). The board Dave designed is essentially a high-impedance buffer. So it avoids loading down the RX section, while making sure it has adequate power to drive the input of the RSP1.

Seeing we want the full spectrum delivered to the RSP1 – I chose the “PAT V”-board: no filtering, straight from RX on the transceiver; to the RSP1.

Here’s how it’s all connected (click the image for a large version): 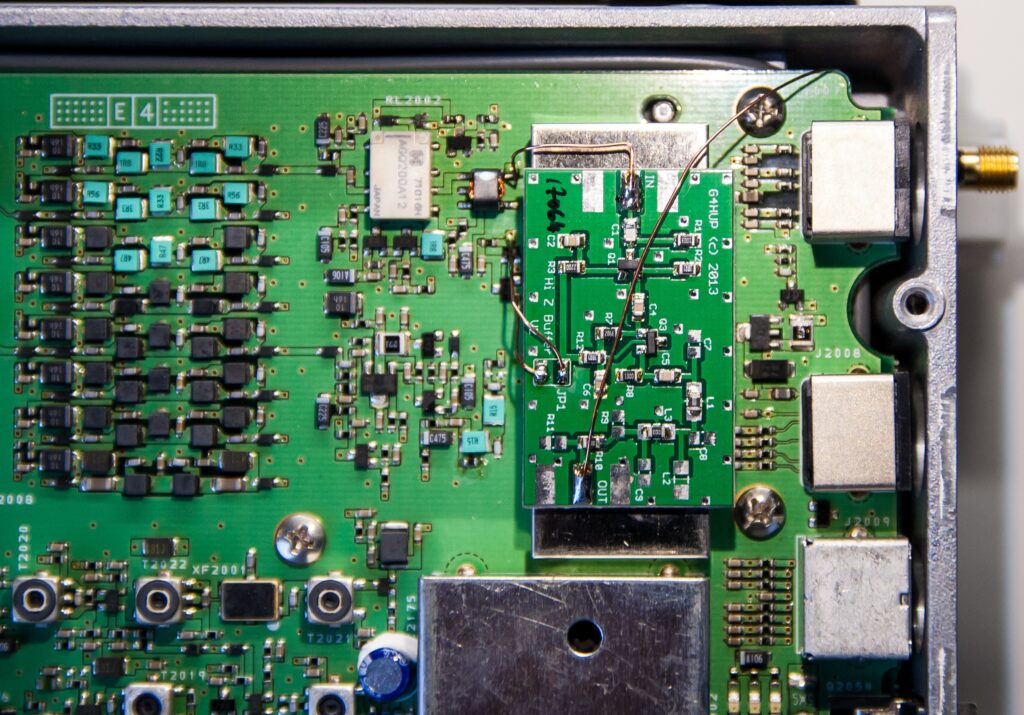 Basically, we’re tapping at the little BalUn next to the white relay; and we’re powering the buffer from a regulator providing 12V – but only at RX (it mutes the adapter on TX by not providing any voltage).

You might ask: “Why aren’t you using a thin coax?” – It’s a recommendation from G4HUP himself: it adds less capacitance which would in turn load down the RX and thus decreasing the signal.

OK – so we got the adapter installed, we have the RSP1 connected and OmniRig is working like it should. (See other post..)

You’ll notice an extra window in the DSP setting. Enable the “play” button and the “tracking” button. That’s it. Your PC (and thus RSP1) is tracking your radio, but also the other way around: If you see a signal in the waterfall: click it and you’re QRV on the other station’s frequency.

Even better, my logging program (Log4OM) uses OmniRig as well. So I could even click an entry on the cluster, Log4OM sends a CAT command; the transceiver tunes to the frequency; and so does SDR-Console V3.

Lately I’ve been having issues where my CAT commands from Omnirig would time-out or vice-versa. (Notably the dreaded “Rig is not responding”) I had been looking high and low why or who was to blame. Factory resetting didn’t change a thing, nor did changing the serial cable. The settings in Omnirig didn’t matter – nor did serial speed. Hmm, maybe RFI is to blame? – Nope.

Turns out – the issue is in the driver for the CP210x dongle! If you use the latest version (at the time of writing – v6.7.5) then you’ll experience these mishaps. (I’m betting other rigs using this chipset will be affected too!). 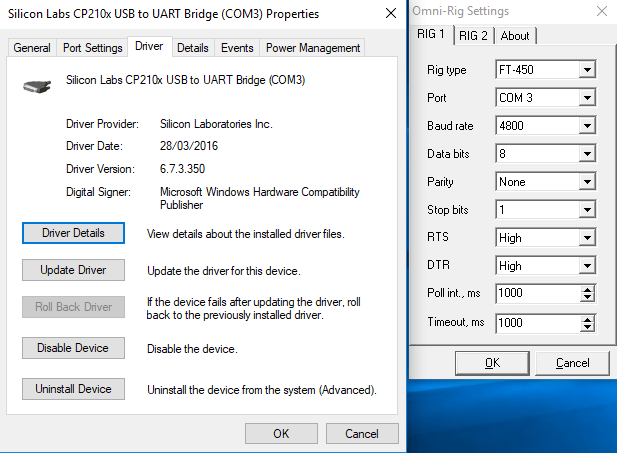